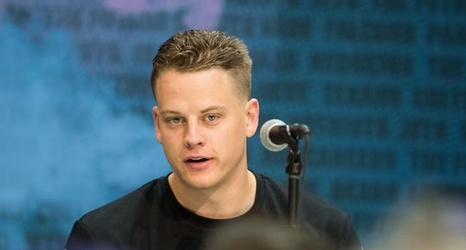 Joe Burrow’s rapid ascension up the 2020 NFL Draft board is a journey to marvel at.

Burrow started his redshirt season at LSU as a mid- to late-round draft prospect. At the conclusion of his record-breaking season, which culminated in a Heisman Trophy and national championship, he became the consensus No.1 pick in April’s draft.

The Cincinnati Bengals, owners of the No. 1 pick, have been targeting Burrow before he even hoisted the Heisman Trophy. Bengals sources told The Enquirer Burrow was at the top of the team’s draft board before the NFL regular season ended.