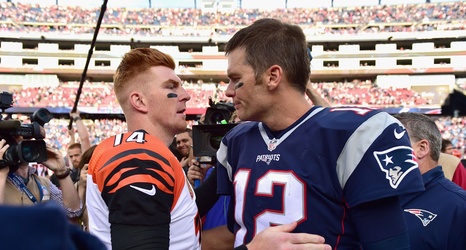 The Cincinnati Bengals rarely make trades. That much is clear from their inactivity during the trade deadline last year. Duke Tobin’s comments on the franchise’s philosophy in relation to trades make it seem unlikely the team will suddenly change their ways and start getting aggressive in that aspect.

However, Tobin also stated they want to do right by Andy Dalton this off-season as his future with the franchise has turned uncertain. Assuming Dalton is not content with being a bridge quarterback next season, he’ll want to be dealt.

The Bengals have a good relationship with the New England Patriots franchise.