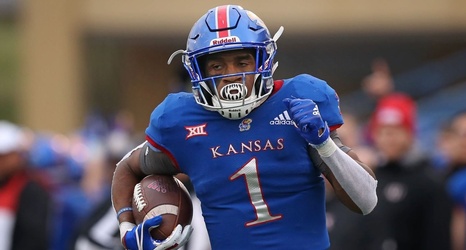 Former Kansas running back Pooka Williams has agreed to terms with the Cincinnati Bengals as an undrafted free agent, a source confirmed to ESPN.

Williams was not selected in this year's NFL draft. In three years with the Jayhawks, he appeared in 26 games and rushed for 2,382 yards and scored 12 touchdowns.

Williams served a one-game suspension in 2019 against Indiana State after he was charged with misdemeanor domestic battery in 2018. According to the Lawrence Journal-World, Williams punched a woman in the stomach and grabbed her throat. Williams initially pled not guilty, according to the Kansas newspaper, before he later signed a diversion agreement in March 2019 to avoid a criminal conviction.