Cincinnati Bengals: 4 reasons it is time to bench Andy Dalton 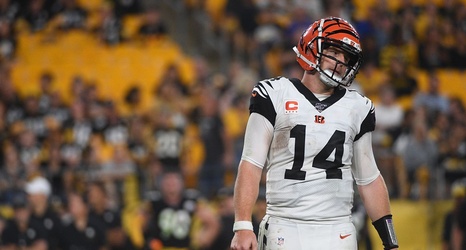 In the larger scheme of things, it’s more likely a plurality than the overwhelming majority of fans who think it’s now time to turn the page on quarterback Andy Dalton. In Week 7, the Cincinnati Bengals lost what was a very winnable game to the Jacksonville Jaguars, 27-17. Ultimately, Sunday at Paul Brown Stadium would display a level of offensive ineptness beginning with head coach Zac Taylor, which was then translated onto the field via his veteran quarterback.

Dalton was bad. All kinds of bad. And while a very good argument can be made that this isn’t all on Dalton, change needs to begin with him.