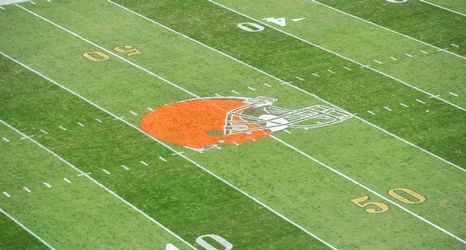 Gathers was signed by Cleveland on Aug. 11 and was on the reserve/suspended list.

Gathers was suspended for one game by the NFL earlier this year for violating the NFL's substance abuse policy. He was arrested and charged with possession of marijuana by Frisco, Texas, police before the start of last season.

In March, Gathers reached a deal with the district attorney, reducing the charge to a Class C misdemeanor, 90 days' deferred adjudication and a fine.

Gathers is a former Baylor basketball player who was drafted in the sixth round of the 2016 draft by the Cowboys.