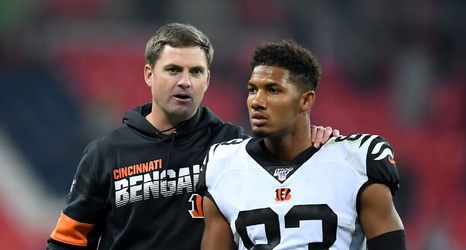 Boyd had only one catch for zero yards in the Bengals' 17-10 loss at Oakland, Cincinnati's 10th defeat in as many games this season. The fourth-year receiver was targeted a mere three times, his fewest amount since 2017.

With star wide receiver A.J. Green sidelined all season with an ankle injury, Boyd has been the primary target. But in rookie quarterback Ryan Finley's second career start, Boyd was a nonfactor and uncharacteristically unhappy about his usage.