Bengals Weekly Lineman: Give it up for Bobby Hart and Michael Jordan 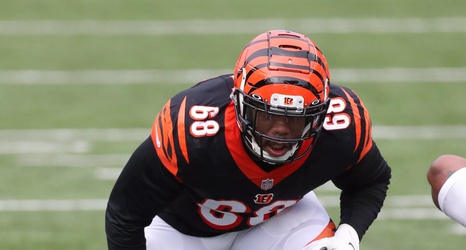 As it odd as it sounds, every offensive lineman that has started for the Cincinnati Bengals has impressed at least once this season. Fred Johnson hasn’t, to be fair, but he was never going to work at right guard.

Jonah Williams and Trey Hopkins have been stable blockers for the entire season. They’re the future building blocks in a position group that desperately needs them.

Xavier Su’a-Filo was playing pretty solid in the only three quarters he was healthy for during the season opener. His eventual replacement, Alex Redmond, had one of the best games of his career in his first start of the season back in Week 4.