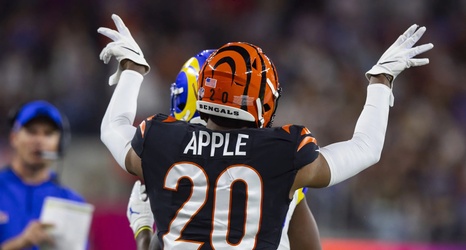 The Cincinnati Bengals have re-signed cornerback Eli Apple after he played on a one-year deal last season. The new deal is another one-year deal. This time worth $4 million.

Apple was a fairly late addition last offseason that saw the team really attack the cornerback position. The team also brought in Chidobe Awuzie and Mike Hilton to compete Darius Phillips and Trae Waynes after William Jackson’s departure. Apple ended up beating out Phillips after Waynes suffered another injury.

Apple hade a bit of a rough start, but eventually we saw him turn into a very reliable corner.