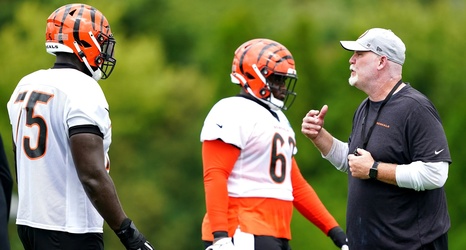 As we roll into the second game of the preseason Friday night, the Cincinnati Bengals will still be working to fill their two starting guard positions.

In the first preseason game, we saw a heavy rotation at guard. One can gather that is an indicator that both spots are still very much up in the air. Despite the initial depth chart, it is clear that head coach Zac Taylor and offensive coordinator Brian Callahan are trying to gather tape on all players to determine who fits in where when the final depth chart is due.

In Tampa, we saw players like Michael Jordan, Jackson Carman and D’Ante Smith be the players who stood out the most, for varying reasons.