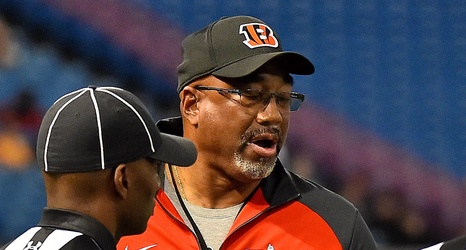 Two sources now telling me that Bengals TE coach, Jonathan Hayes has been let go.
Hate reporting on guys losing their jobs, especially guys like him... one of the nicest men in this business.— Elise Jesse (@Elise_JesseWLWT) January 10, 2019

An earlier report from PFT said that the Bengals were in the process of letting assistant coaches go, so it looks like Hayes is the first to be handed a pink slip.