Bengals open to bringing back Geno Atkins, per report 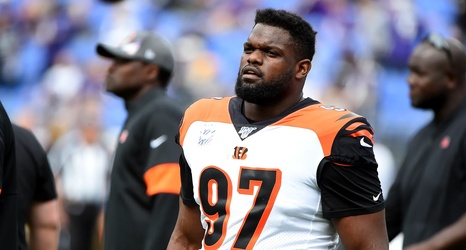 The Cincinnati Bengals added numerous players thus far this offseason, and subtracted one of their all-time greats in the process.

Geno Atkins was released by the club just two-and-a-half weeks ago. The move saved the Bengals nearly $10 million in cap space, and paved the way for Atkins’ mentee, Larry Ogunjobi, to start in his place at defensive tackle.

Atkins has not signed on with another team yet, and this could be good news for the Bengals.

On the latest edition of the Bengals Booth Podcast, Cincinnati’s director of player personnel Duke Tobin was asked if the team was interested in signing Atkins back on a cheaper deal.