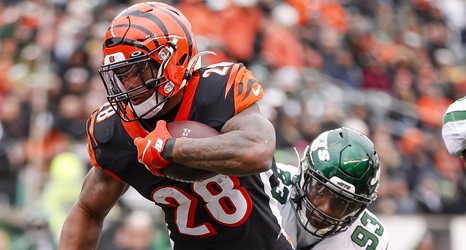 The Bengals revamped rushing attack faces a tough Patriots defense.
It may be a rematch of last February’s Super Bowl playbooks and an echo of that week in Atlanta when the defending champions come to town for Sunday’s game (1 p.m.-Cincinnati’s Local 12) trying to ice one of the NFL’s top hottest run games with the NFL’s No. 1 defense. But thanks to a native Bostonian (Bengals offensive line coach Jim Turner) and an adopted son of New England (Patriots head coach Bill Belichick), there won’t be the same game plans.

Game Preview: Patriots at Bengals
At first glance, Cincinnati put up what seemed to be a solid all-around showing against Cleveland.