Bengals must sign another offensive tackle before season starts 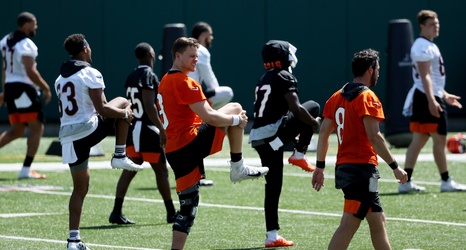 Gamora: Did you get Ja’Marr Chase?

Gamora: What did it cost?

I’m sure this Avengers meme has been remade over and over again, but it feels especially apt for the Cincinnati Bengals’ offense going into the season.

In the 2021 NFL Draft, the Bengals took wide receiver Ja’Marr Chase over offensive lineman Penei Sewell with their fifth pick.

Three months later, where are the Bengals now? They’ve got Chase along with a dazzling set of wide receivers, but they’re still without an adequate offensive line to protect Joe Burrow.