Bengals: Logan Wilson is poised for a breakout season in 2021 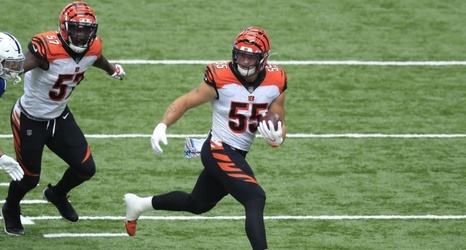 The Cincinnati Bengals‘ linebacker units haven’t been anything to write home about in recent years and that still appears to be the case heading into 2021. Hopefully, the Bengals outperform their projection by PFF where they put Cincinnati linebackers second-to-last on their rankings.

A big part of the Bengals linebackers taking a step in the right direction in 2021 is if second-year man Logan Wilson improves mightily from his rookie campaign.