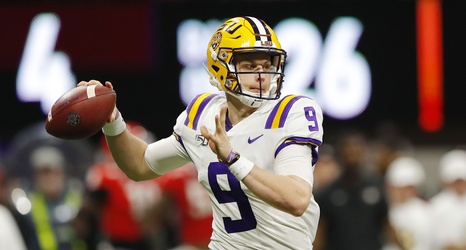 LSU quarterback Joe Burrow leads the country in passing touchdowns with 55 and is second in passing yards with 5,208 yards. The Heisman Trophy winner also has a completion percentage of 77.6%, which would be an NCAA record if it stands.

Here’s how Burrow’s statistics stack up against the rest of the NCAA quarterbacks (Justin Herbert and Tua Tagovailoa, who are the two other quarterbacks projected to get drafted early in the first round, are highlighted as well).