Bengals have received calls about Giovani Bernard, per report 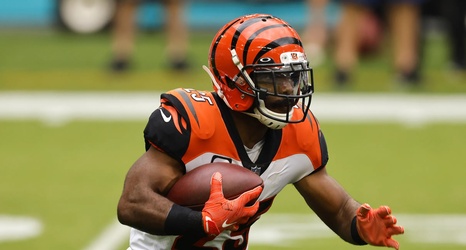 Are the Bengals done in free agency? It doesn’t seem that way.

Per NFL Network insider Tom Pelissero, the Bengals have received calls from teams inquiring about running back Giovani Bernard.

Multiple teams have called to inquire about #Bengals RB Giovani Bernard, per source. Barring a restructured contract, Bernard — one of the NFL’s top receiving backs and still only 29 — could be headed elsewhere.

Bernard was one of the players we listed as a possible—but not likely—cap casualty for the Bengals before free agency began.