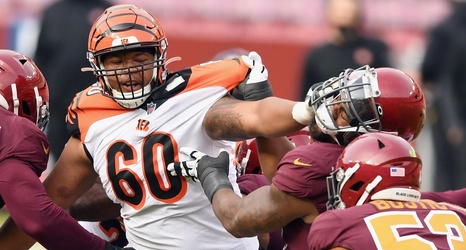 The 2020 Bengals didn’t have a more notorious player than offensive guard Michael Jordan. The second-year offensive lineman not only struggled last season, but he was the blocker responsible for allowing the hit that took Joe Burrow out for the season.

That play that stuck with Jordan, for obvious reasons. He used that moment, and a promise to his quarterback, as the basis for an offseason of growth.

“First thing I did was I apologized to Joe,” Jordan told The Athletic’s Paul Dehner Jr. “I told him he was not going to hear any more words from me.