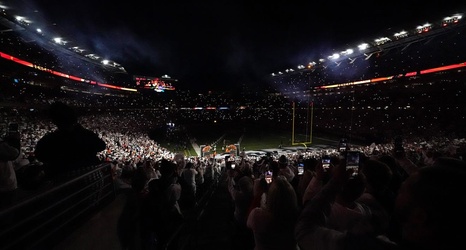 During the Miami Dolphins’ second drive of the game on Thursday, Cincinnati Bengals defensive end Sam Hubbard was doing jumping jacks to pump up the crowd at Paycor Stadium.

This Thursday night matchup was the type of opportunity that had been decades in the making. In the same week the Bengals put up an indoor practice facility, the same night the Bengals inducted two alumni in the Ring of Honor and the same game they unveiled their new white helmets, the Bengals entered Thursday Night Football as the favorites to win a matchup against an undefeated team.

As the record-setting crowd roared in the first quarter, the Dolphins couldn’t communicate play calls at the line of scrimmage.