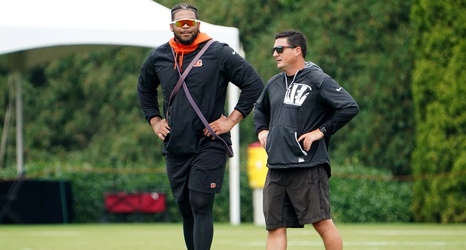 Collins was originally placed on the Active/Non-Football Injury list on July 23rd, just a few days before training camp began. He was dealing with a back issue that flared up earlier in the offseason.

Reports around that time indicated that Collins would be ready to practice well before the regular season began, but an exact timetable was never given.

Both Collins and right guard Alex Cappa missed practice time during the opening week of training camp, leaving the starting offensive line without two of their best starters.