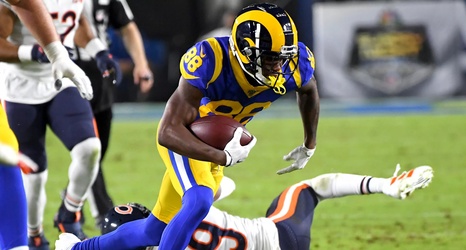 The Cincinnati Bengals are nearly done in free agency it seems.

Before they potentially add a linebacker to the mix, the Bengals have reportedly signed free agent wide receiver Mike Thomas of the Los Angeles Rams to a one-year deal. NFLDraftDiamonds.com owner Damond Talbot was the first to break the news, which Thomas seemed to have confirmed via his latest retweets (side note: Thomas’ profile picture is Chad Johnson!)

A sixth-round pick in the 2016 NFL Draft, Thomas stuck with the Rams throughout the duration of his four-year rookie contract.