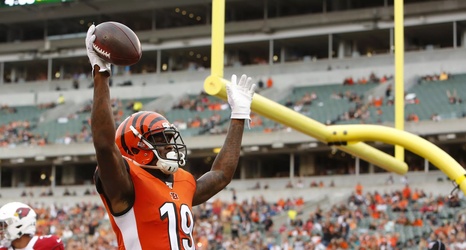 The offseason is in full swing for Bengals receiver Auden Tate, who took the time to speak with SB Nation’s RJ Ochoa and Jeanna Thomas on radio row during last week’s Super Bowl festivities.

There, Tate talked about a variety of topics, one of which being what turned into a long and adversity-filled 2019 season for the Bengals. An onslaught of injuries and the growing pains of a rookie coaching staff led to the team going 2-14.

Despite this, Tate still believes in this coaching staff and the direction of this franchise.