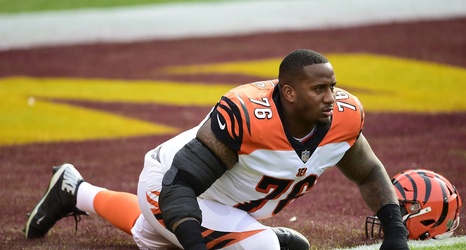 Daniels signed a one-year deal to stay in the Queen City for $2.5 million.

Cincinnati desperately needed help on the defensive line, so they signed Daniels late in the offseason. Daniels only played in eleven games and didn’t record a sack. Even though he wasn’t productive, he was still one of the most disruptive defensive tackle the Bengals had, which says more about the state of the line than anything else.

The Bengals needed some depth again, so they reached out again to Daniels.