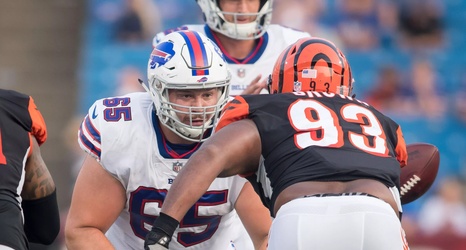 Potential. The word has followed Andrew Brown through college and into the professional ranks.

Brown was a two-time USA Today High School All-American in Chesapeake, Virginia, and was named the Gatorade National Player of the Year as a senior. He was a five-star recruit, and chose to stay close to home at the University of Virginia.

And he never quite lived up to that billing. Brown finished his four-year college career with 26.5 tackles for loss and 10.5 sacks. He did bat down four passes, recovered a fumble and forced another one.