3 things we learned from Bengals vs. Raiders 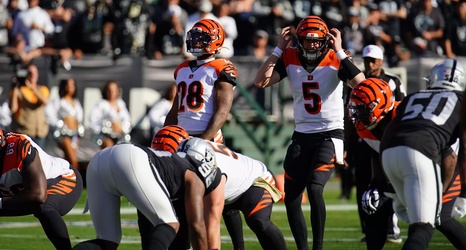 The Bengals played an odd game against the Raiders on Sunday.

Derek Carr completed all but four of his passes against a secondary that was pretty much giving him everything. Yet somehow, with less than two minutes to play, the Bengals had a chance to tie or win the game.

Of course, they still had to win the damn thing, and like the 10 weeks prior to Sunday, they proved incapable of doing such a thing. The Bengals ended up losing 17-10 for yet another one-score game.

Joe Mixon led the Bengals’ rushing attack to their best game of the season, while the defensive line helped limit the Raiders’ ground attack.