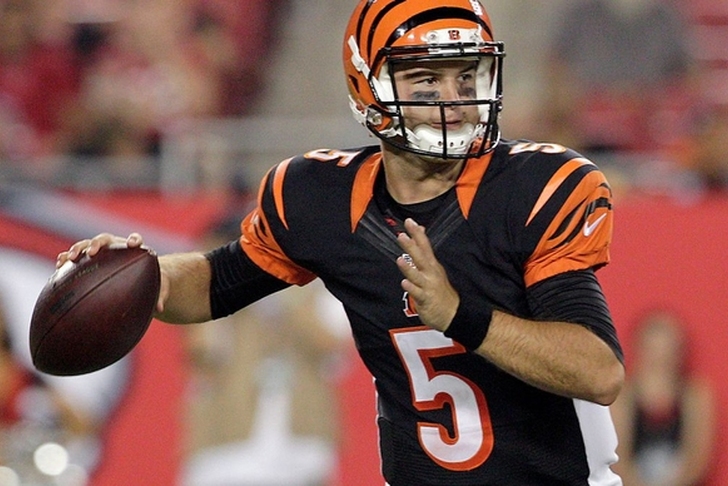 Cincinnati Bengals QB A.J. McCarron injured his left wrist on the the final play of the team's loss Monday night against the Denver Broncos. It was wrapped after the game, with an MRI scheduled for today. According to Ian Rapoport, it's just a wrist sprain for McCarron.

Source: #Bengals QB AJ McCarron suffered a sprained wrist. No fracture. Still a chance he plays Sunday. So, good news after his MRI

The Bengals couldn't afford to lose McCarron, especially since they are already without starting QB Andy Dalton. He went down with a thumb injury against the Pittsburgh Steelers and is unlikely to return until after the wild card round. With the Bengals' loss to Denver, that means the Bengals will likely play in the wild card game.

They need McCarron healthy for that, since the only other QB on the roster is Keith Wenning. He's never played a snap in the NFL and has spent most of the season on the team's practice squad.

McCarron has completed 67.4 percent of his passes this season for 694 yards, 4 TDs and 2 picks. McCarron didn't play his rookie year after being a fifth round pick in 2014.