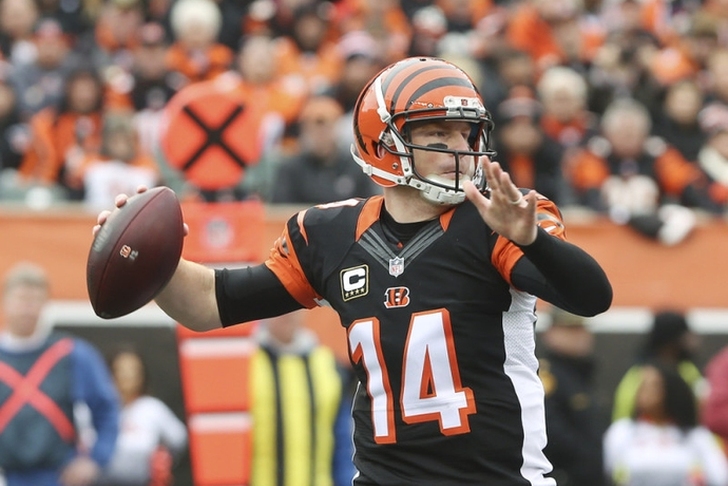 UPDATE: Dalton suffered a small fracture in his right thumb and is scheduled to see a specialist tomorrow. ESPN's Bob Holtzman is reporting that the broken thumb is expected to end Dalton's season.

Cincinnati Bengals quarterback Andy Dalton suffered a right thumb injury in the first quarter against the Pittsburgh Steelers while making a tackle after throwing an interception on this play:

The injury was suffered on Cincinnati's first drive of the game. Steelers defensive lineman Stephen Tuitt stepped in front of a screen pass for the interception, and Dalton's tackle saved what looked like what would have been a big return.

Dalton was taken to the locker room immediately after the play, and the team announced his day was over shortly thereafter. They have yet to announce the exact injury, but Dalton has returned to the field with a cast or heavy wrap on the injured thumb.

If the injury forces Dalton to miss more time, it will give a signicant blow to a Cincinnati team that is tied with the Broncos and Patriots for the No. 1 overall seed in the AFC playoff picture.