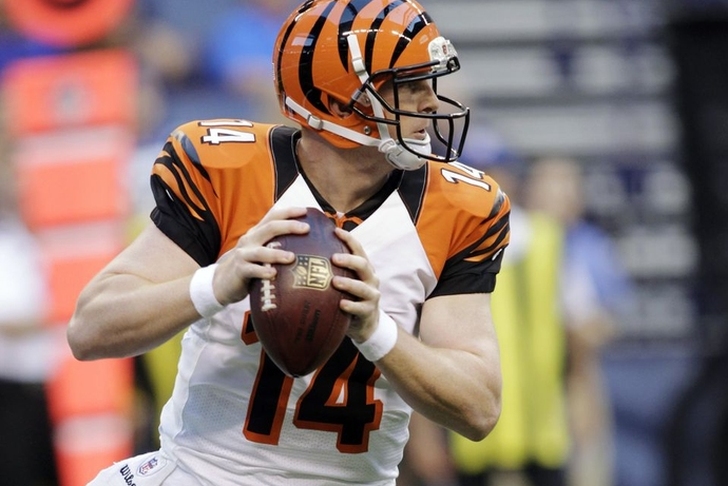 The Cincinnati Bengals lost QB Andy Dalton Sunday during the team's loss to the Pittsburgh Steelers, but they might not be without Dalton the entire season.

Dalton's broken thumb will not require surgery, reports Adam Schefter. The length of Dalton's absence will depend on how quickly the fracture heals. The hope is that Dalton will be able to return in time for the playoffs.

The fifth year QB was in the midst of a career season for the Bengals. He completed 66 percent of his passes for 3,250 yards, 25 TDs and 7 picks. He was on pace to set career marks in all of those categories.

With Dalton out, the Bengals will start A.J. McCarron at QB. In the first meaningful snaps of his career, McCarron completed 22 of 32 passes for 280 yards, two TDs and two picks against the Steelers.

The team doesn't have a third QB on the active roster and the Bengals have already reached out to Christian Ponder and Ryan Mallett. Keith Wenning is on the practice squad, but has never been on a 53-man roster.