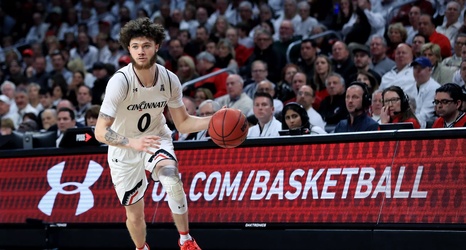 The traditional positions of basketball are becoming less and less important but there is still a need to have guys who fit the mold of those posts, even if they also have the skills to play elsewhere on the floor. Therein lies the biggest problem that could be facing the Cincinnati Bearcats now that Logan Johnson is thinking about transferring.

Last season, the Bearcats had three players who could play point guard and really four if you count Jarron Cumberland, who had an incredible usage rate and was the team’es best distributor.