Scouting report: A look at the Temple Owls, the next opponent for No. 5/6 Cincinnati 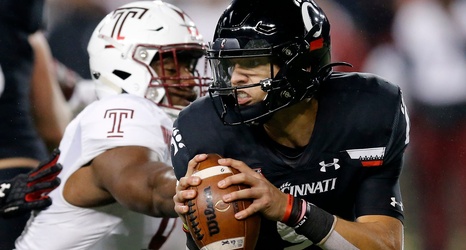 Playing against the Temple Owls has never been easy for University of Cincinnati football coach Luke Fickell and the Bearcats.

Due to COVID-19 issues within both programs, the two teams weren't able to play last season, but the previous three matchups were each close fights to the finish.

"Temple has been a thorn in our side since we've been here," Fickell said Tuesday.

In 2019, the Bearcats held on for a 15-13 victory over the Owls at Nippert Stadium. With the win, UC clinched a spot in the American Athletic Conference championship game.

The previous season, Cincinnati surrendered 14 unanswered points and Desmond Ridder, then a redshirt freshman, threw a game-ending interception, as the Owls rallied to a 24-17 win in overtime.