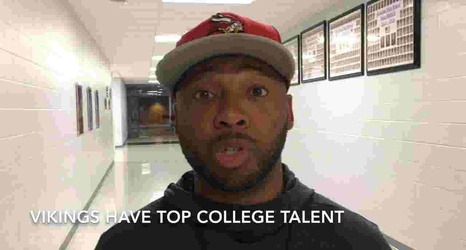 SHARONVILLE – Mancuso Field at Viking Stadium is named after legendary Princeton coach Pat Mancuso who delivered three Ohio state titles (1978, 1983, 1987) and led the Vikings to six state semifinal appearances. However, the gridiron off Chester Road might soon see an array of Division I talent never before seen in Princeton red.

In his third year of coaching his alma mater is former University of Cincinnati receiver Mike Daniels.

The goal of every school in the Greater Miami Conference is to knock off Colerain, who has had at least a part of every league title since 2000.