No. 7 Cincinnati Bearcats get a 36-33 comeback win over Central Florida 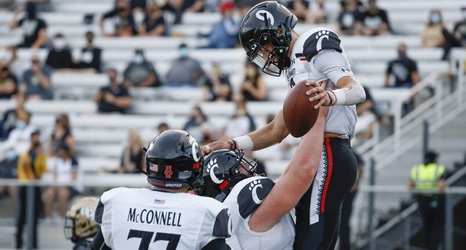 Even though the game started with UC's worst quarter of the season, the Bearcats showed why they're so highly regarded in the American Athletic Conference.

UC responded from an early 11-point deficit and beat UCF 36-33 at the Bounce House in Florida.

Desmond Ridder had another stellar game, finishing 21-32 for 338 passing yards, which was the second-highest passing yard total of his career. Ridder added 57 rushing yards and helped run the clock out in the third quarter.