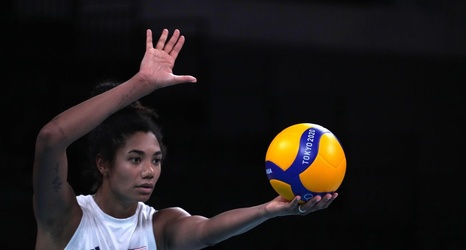 "(China) cannot stop Jordan Thompson. They have no answer for her," Barnett said during the broadcast. "And now I feel like they've gotten to where they're chasing her. And you're not gonna be successful when you're chasing somebody. You have to come up with a plan and execute that plan and then change the plan if it's not working.