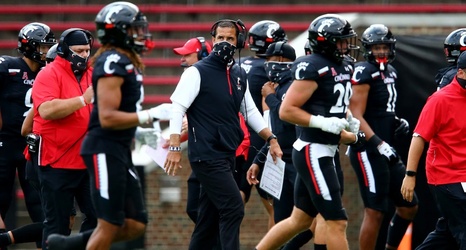 University of Cincinnati football head coach Luke Fickell's success with the Bearcats this season - in addition to the past two seasons - might make him a candidate for a National Football League job, SI.com's Albert Breer wrote in the website's weekly MMQB column.

Cincinnati is 5–0, and just routed previously-unbeaten SMU. The team’s fourth-year coach, Luke Fickell, is doing this coming off consecutive 11-win seasons at UC, and has been pursued by bigger schools. Could an NFL team kick the tires on him? It’s an interesting thought, sort of along the lines of Brad Stevens landing the Celtics job out of Butler seven years ago.