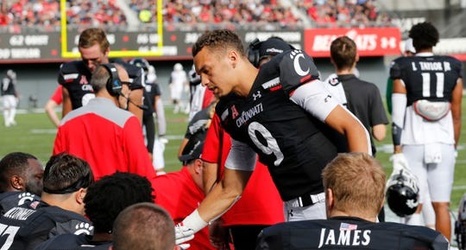 Bearcats head coach Luke Fickell made that clear this week after being asked about the status of Ridder’s right shoulder on Monday on the American Athletic Conference (AAC) championship teleconference, Tuesday at his weekly press conference in Cincinnati with local media and Friday at an AAC title game press conference on site at Liberty Bowl Memorial Stadium.