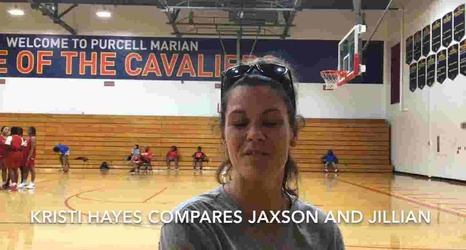 LOVELAND - Less than a week after her brother, Jaxson Hayes, was an NBA lottery pick, Loveland's Jillian Hayes announced her college commitment for basketball. The 6-1 versatile scorer for Coach Darnell Parker's Lady Tigers will play for Michelle Clark-Heard at the University of Cincinnati.

Hayes and Loveland just visited UC for a team camp and she attended numerous games during the recent season.

"I love the atmosphere and what Coach Heard has going there," Hayes said. "I think I've always known. Whenever I stepped on campus my parents even said I just light up when I'm with the staff or the players.