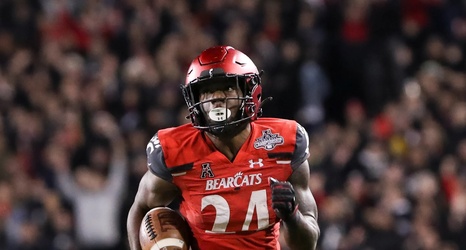 Cincinnati Bearcats fans know for a fact that Jerome Ford is a genuine gamer. Ford never had a bad game. Squat, powerful, explosive, and steady, Jerome Ford piled up more than 1,200 yards rushing and 20 total touchdowns for the Bearcats last season.

He became the newest member of the Cleveland Browns in the fifth round of the NFL Draft. Getting Ford at 156 was a steal for the Browns.

Cleveland has a solid backfield cadre with Kareem Hunt and Nick Chubb, but Ford will offer the Browns a strong change of pace, maybe a Darren Sproles/Dave Meggett-style contributor coming out of the backfield.