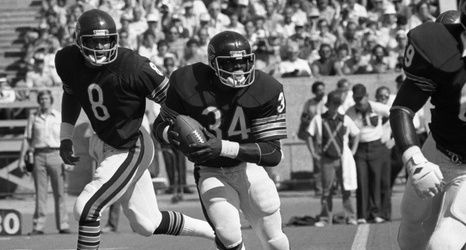 Here’s a hypothetical for you:

If you had to pick 11 players from any era in NFL history to play an 11 game season in which all 11 players started at a different offensive & defensive position each week, who would be the 11 guys on your team?

My team consists largely of bigger running backs with some passing ability.

It strikes me that having some passing ability along with demonstrable ability to block, tackle, run, and catch the ball are the keys to picking such a team.

My team is admittedly light on defenders

Tell me about your hypothetical team in the comments.