Desmond Ridder Up for the Davey O’Brien Award 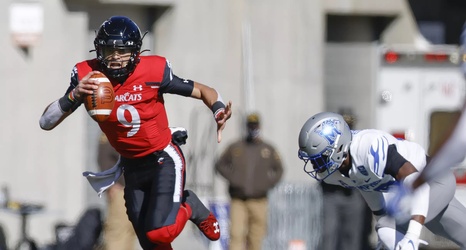 Cincinnati quarterback Desmond Ridder has been named to the “Great 8” for the Davey O’Brien Award, which honors college football’s best quarterback each season.

This comes as no surprise to Cincinnati fans, who have seen him dominate for the past two weeks by land and by air, earning him AAC player of the week honors for two weeks running.

Ridder has another opportunity to show his stuff this weekend, as the Bearcats take on a solid Houston Cougars team on Saturday.