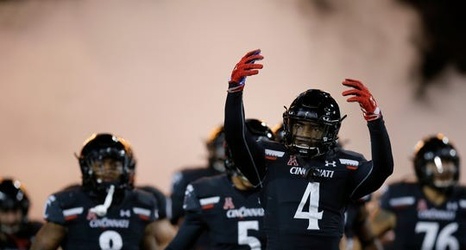 Cincinnati football is one of four teams still with a chance of landing in The Cotton Bowl Classic later this month.

The highest-ranked Group of Five conference champion gets an automatic bid to the New Year's Six bowl, with No. 17 Memphis, No. 19 Boise State, the No. 20 Bearcats and No. 21 Appalachian State still in the running.

The Bearcats haven't played in a New Year's Six bowl since doing so in consecutive years in 2009 and '10 (Orange Bowl, Sugar Bowl, respectively).