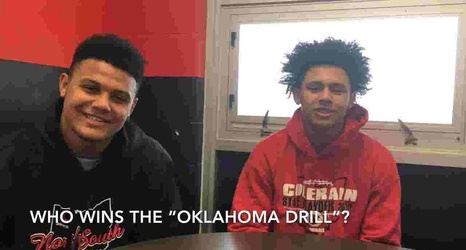 Scott Springer talks to Colerain coach Shawn Cutright along with Ivan Pace Jr. and his younger brother Deshawn about going to Miami U. and UC Scott Springer, sspringer@enquirer.com

Noah Hamlin intends to transfer from the Cincinnati Bearcats' football program, the redshirt sophomore defensive back announced on Sunday.

Hamlin, 20, was arrested earlier this month in Pittsburgh and charged with felony fleeing or attempting to elude a police officer, misdemeanor driving under the influence and summary offenses including underage drinking, carrying a false identification card and failure to obey traffic control devices.

"First off I want to thank God for blessing me throughout my trials and tribulations," Hamlin wrote in a statement posted via Twitter.