Cincinnati basketball bounces back with 82-57 win against East Carolina 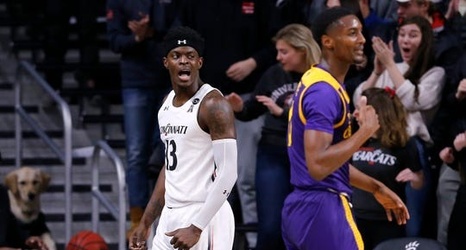 The Bearcats knocked off East Carolina 82-57 in front of an announced crowd of 11,103 at Fifth Third Arena, a dominant bounce-back after last week's loss at Memphis.

Trevon Scott paced UC (11-7, 4-2) with 16 points and grabbed 11 rebounds, his fifth double-double of the season. The Bearcats haven't lost a game this season in which the senior forward has scored in double figures.