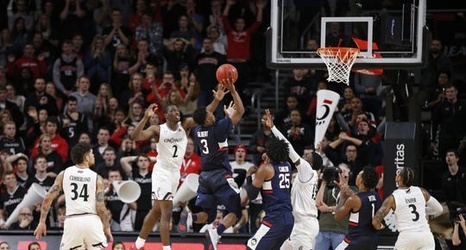 HARTFORD, Conn. (AP) — A University of Connecticut official says the school is working to leave the American Athletic Conference and return to the Big East for basketball and other sports.

The official confirmed Saturday that there have been talks with the Big East, but said they were not aware any invitation had been extended. The official spoke to The Associated Press on condition of anonymity because they were not authorized to release the information.