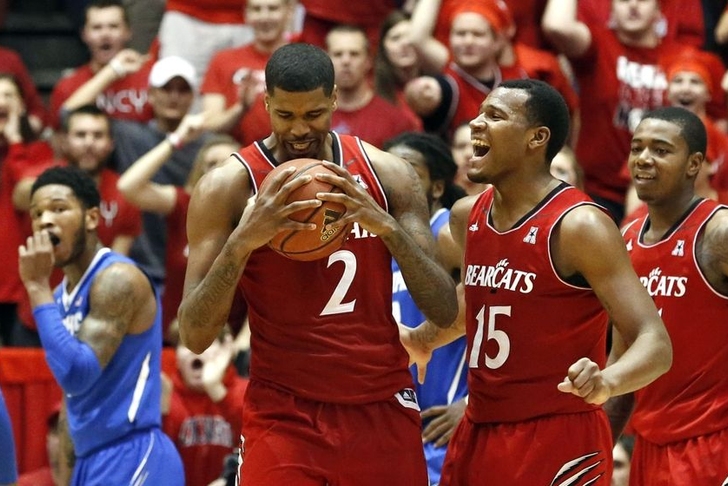 The Cincinnati Bearcats are in the NCAA Tournament for the fifth straight season, but they're looking for their first win in the tourney since 2012. Cincinnati doesn't have any star players, but Caupain is perhaps their most important. He does a good job running the point for this team, getting them in their offense and creating open shots for his teammates. However, his real value comes on the defensive end, where he often shuts down the opposition's best player.

The Bearcats have developed an identity as a dominant defensive team, limiting opponents to 55.3 points per game (6th best in the country). Their system is predicated on help defense to keep opponents out of the paint and force them to shoot long, contested jump shots.

Cincinnati is a big, physical team, but they don't really have anyone that can shoot from long range. Caupain is their best option, but they shoot just over 33 percent as a team, which is a big reason their offense is ranked just 294th in the country.

Cincinnati's defense will likely carry them to a first round win, but their lackluster offense will stop them from making any real noise in the tournament.

Follow our Cincinnati Bearcats team page for all the latest Cincy news and rumors!