White Sox Trade Rumors: 3 Things To Know Before The Deadline 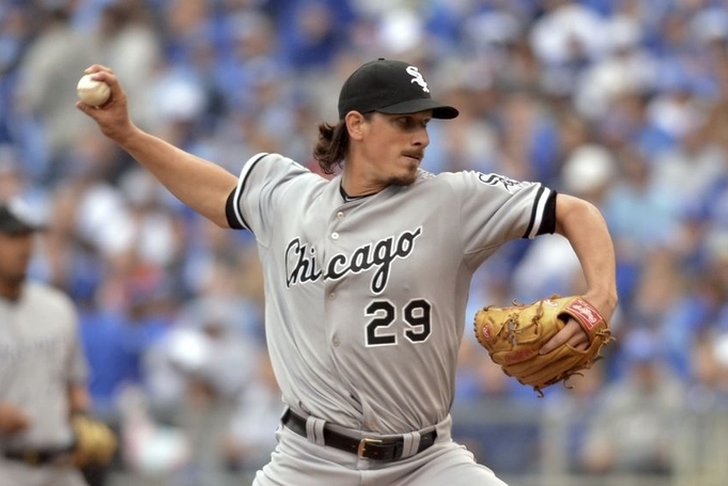 The hours are ticking down in advance of Friday's 2015 MLB Trade Deadline, and there's plenty of intrigue to go around surrounding all 30 MLB teams -- ESPECIALLY the Chicago White Sox. With that in mind, here are three rumors you need to know:

The Blue Jays are showing the strongest interest in Chicago White Sox pitcher Jeff Samardzija of any team, according to Dan Hayes of CSN Chicago.

Toronto is focused on getting a much-needed improvement to their rotation, and they’ve been connected to Samardzija a number of times over the past week. The Blue Jays have shown a desire to win-now after trading for shortstop Troy Tulowitzki last night. Hayes also reported that the team has become “increasingly willing” to deal Samardzija, who is earning $9.8 million this season and will be a free agent after the year.

That being said, Chicago is content to keep Samardzija if they don't get a good deal in return.

White Sox asking for four players in return for Samardzija

Chicago has been trying to move Samardzija, but some teams have been scared away by the asking price.

"According to one interested party, the asking price on Jeff Samardzija is four players," CBS Sports' Jon Heyman writes. "That sounds like a lot, but of course, unless the players are known, it's not possible to tell for sure. In any case, they weren't rushing to do it."

The White Sox have now jumped the Tigers in the standings, showing that this team is capable of being competitive for a playoff spot.

That, of course, makes them more apt to keep Samardzija. According to MLB Trade Rumors, Chicago plans to wait as long as possible to see how the White Sox are playing on the field before making a final decision on Samardzija, meaning we're unlikely to see a deal before Friday.