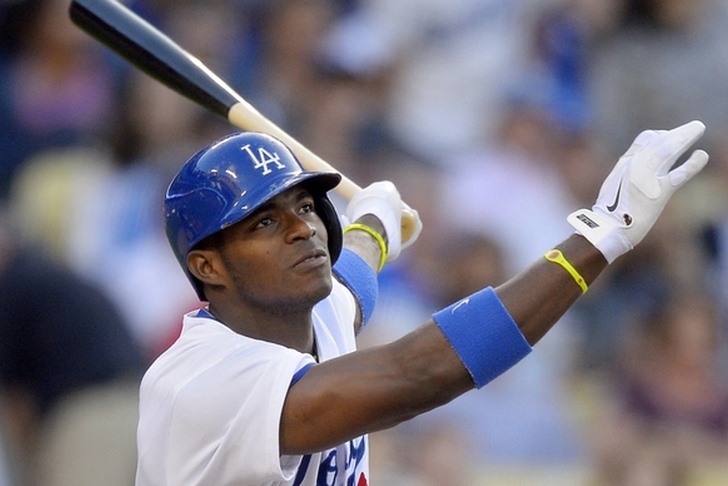 The MLB trade deadline is just two days away and Chicago White Sox the trade rumors are starting to heat up on the Hot Stove. The White Sox are 51-54 and have gone from Wild Card contender to seven games back. The White Sox could be sellers and they have some highly coveted players if they want to enter a fire sale. With that in mind, here all the latest White Sox trade rumors you need to know.

White Sox Interested In Yasiel Puig?
There are conflicting reports about the Chicago White Sox and OF Yasiel Puig.

The White Sox want Yasiel Puig if they make a deal with the Dodgers.

Of course both these reports could be true if the White Sox like Puig, but the Dodgers haven't called yet. With the Dodgers landing Josh Reddick in a trade, Puig is available. It's unclear what the Dodgers would want in a Puig trade, although there's a chance he could be part of a bigger deal for one of the White Sox's starters.

Latest On Chris Sale
Sale is the biggest name that could potentially be dealt before the deadline. The Red Sox were among the teams trying to land Sale.

The Boston #RedSox had late-night talks with the #WhiteSox about Chris Sale. If Sale is moved, #RedSox and #Dodgers are likely destinations.

However, that appears to no longer be the case.

That was backed by a report from the Boston Globe. It seems the cost to get Sale is too high for teams at the moment. The Dodgers, Rangers and Red Sox have been the three teams most linked to Sale.