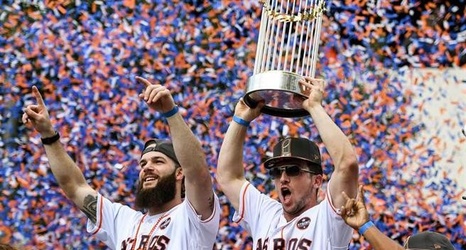 GLENDALE, Ariz. — There is no part of Major League Baseball that the tentacles of the ongoing Houston Astros sign-stealing scandal do not touch.

While the White Sox don't have quite as much reason to be steamed over the illegal doings of the Astros during the 2017 season as, say, the Los Angeles Dodgers or the New York Yankees — the 95 losses on the South Side had far more to do with their not winning the World Series — they do now employ a member of the team that has come under so much scrutiny this offseason.