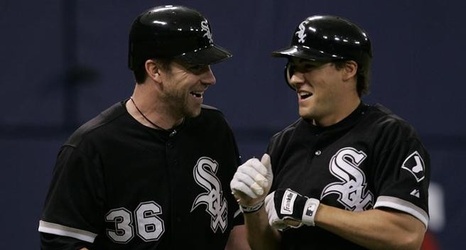 You want some “team of destiny” type moments from the 2005 season?

How about Chris Widger just teeing off on Barry Zito?

Zito is one of the more accomplished pitchers of the modern era and a fearsome foe in his day. He held the White Sox to just a couple hits through the first six innings on April 25, 2005.

Meanwhile, Widger, the White Sox backup catcher, hadn’t homered in a big league game in half a decade. As Chris Kamka described when he remembered this guy back in October, Widger had few big league opportunities after the 2000 season and played fast-pitch softball and independent league ball in 2004 before the White Sox picked him up.