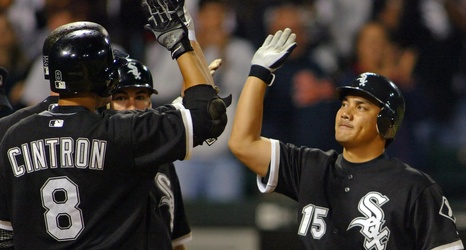 White Sox manager Paul Richards was regarded as one of the smartest people ever to lead a team.

With the Sox going for a series sweep of New York and leading 4-2 in the ninth inning, Richards brought in pitcher Harry Dorish to relieve Billy Pierce. Only Richardsdidn’t remove Pierce from the game — he moved him to first base! After Dorish faced two hitters, Pierce was brought back to the mound to end the game. Richards pulled off this maneuver at least twice as the White Sox skipper, the first time on May 15, 1951 at Boston.