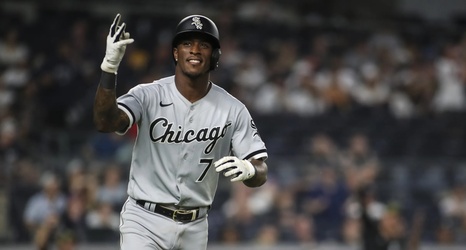 Michael Kopech. Tim Anderson. The Chicago White Sox sweep the New York Yankees in today’s straight doubleheader and win the series — the second series lost for the Yanks this year (first at Yankee Stadium), and the South Siders are back better than .500, at 21-20.

Michael Kopech was absolutely brilliant this evening. In seven innings of work (the longest outing of his career, so far), Michael allowed only one hit — to none other than Rob Brantly — and walked two batters while striking out six.

Yeah, he’s going to continue to be so dominant and very fun to watch for years.