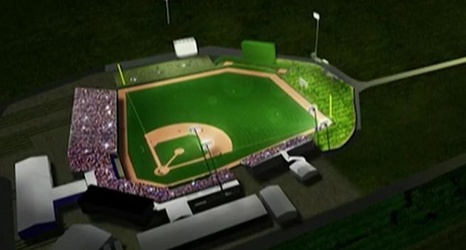 Major League Baseball built it, but whether the teams will ever come remains to be seen.

A day after it was reported the Field of Dreams game between the White Sox and the St. Louis Cardinals was off, Major League Baseball officially postponed the Iowa-based event set for next week, citing the ongoing COVID-19 pandemic as the reason why.

"We made every effort to go ahead with a first-class event for the people of Iowa, admirers of the film and fans generally," commissioner Rob Manfred said in the league's announcement. "Unfortunately, we have come to the conclusion that it would not be prudent to ask clubs to step outside their normal routines, given the evolving public-health challenges.